« If the world does not widen its gaze from the war in Ukraine, and act immediately, an explosion of child deaths is about to happen in the Horn of Africa. »

« An estimated 386,000 children in Somalia are now in desperate need of treatment for life-threatening severe acute malnutrition – now exceeding the 340,000 children who required treatment at the time of the 2011 famine.

The number of children facing this most deadly form of malnutrition has increased by more than 15 per cent in the space of five months.

Across Ethiopia, Kenya and Somalia, more than 1.7 million children are in urgent need of treatment for severe acute malnutrition.

Four rainy seasons have failed in the space of two years – killing crops and livestock and drying up water sources. Forecasts suggest the next October to December rains are likely to fail too.

Death rates are also concerning. This year, in some of the worst affected areas in the Horn of Africa, three times as many children have already died from severe acute malnutrition with medical complications in in-patient treatment centres compared to the whole of the previous year. »

« Between February and May, the number of households without reliable access to clean and safe water almost doubled – from 5.6 million to 10.5 million. »

« The lives of children in the Horn of Africa are also at increased risk because of the war in Ukraine. Somalia alone used to import 92 per cent of its wheat from Russia and Ukraine – but supply lines are now blocked. The war is exacerbating spiralling global food and fuel prices, meaning many people in Ethiopia, Kenya and Somalia can no longer afford the basic foodstuffs they need to survive.

These pressures are also impacting our response. The cost of the life-saving therapeutic food UNICEF uses to treat children with severe acute malnutrition is projected to rise by 16 per cent globally over the next six months, meaning UNICEF will require an estimated additional US$12 million more than expected in the Horn of Africa alone. »

« UNICEF and other agencies have been repeatedly sounding the alarm bell on this crisis. We sincerely thank the donors who have made contributions – it is their support that has enabled us to respond the way we’ve been able to until now. But our appeal is still drastically underfunded – we have under a third of what we need this year.

We also want to see G7 leaders commit to acting early in future emergencies and investing in long term resilience work – like nutrition, water, education and cash transfer programmes. Somali children are living on the frontlines of the climate crisis now – this is not going away – we need to see significant step-change from the donor community to adequately support families to weather these cyclical climatic shocks.

At a health centre in the border town of Dollow in Somalia I met Ismayel and her one-year-old twin boys – Salman and Liban. She is pregnant but the devastating effects of the drought had forced her to walk 120km to get her sons treatment for malnutrition.

Many children will not make it so far. I heard of children being buried along the roadside as their families make desperate, long treks to seek help.

And we fear the worst is just around the corner. 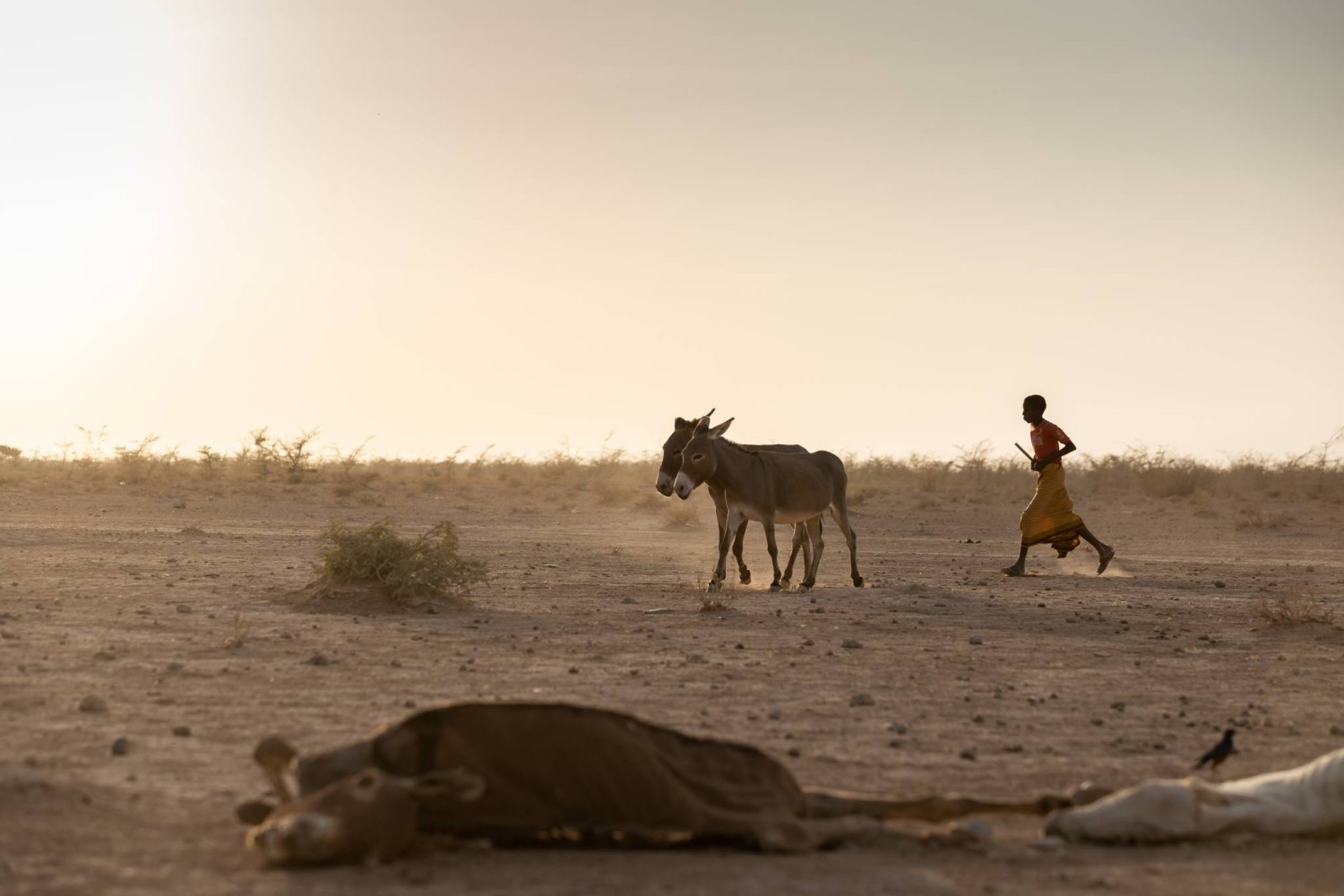