All children have the right to be protected from violence, exploitation, abuse and neglect. Yet all over the world, including in Nepal, millions of children are deprived of their childhood because they are forced to do work putting their health and education at risk. UNICEF fights to eliminate this serious violation of their rights.

Do you still remember your first day of work?

Israil was only 6 years old when he started working on the farm. Kaishar, his mother raised him on her own: “We had almost no food to eat and it was impossible to send him to school”.

And that’s why Israil went to work for a living. He could not play or study, simply because he did not have the time anymore.

The situation in Nepal

In Nepal, one in three children – aged 5 to 17 – has to work, representing 2.8 million children overall. Almost all of them work in hazardous conditions and do not attend school.

Poor families do not see education as a priority and schools are often too far away. For employers, children are cheap labor.

“Although we understand that many children work to help their families, it is however unacceptable, that children are forced into the worst forms of work, that they do not go to school and that their health and well-being is at risk, “says Mariana Muzzi, Chief Child Protection Nepal. “Measures must be taken to change this situation, and everything must be done to eliminate the causes. “

Challenges for children’s rights in Nepal

In addition to the Nepalese social system, which lacks the resources, it is not easy to have accurate and reliable data on child labor, which limits the government’s ability to design and implement effective strategies at scale.

In addition, Nepal is prone to natural disasters, such as the earthquakes of 2015, which weaken and disrupt child protection systems and expose children, their families and communities to an increased risk of violence, exploitation and neglect.

All is well that ends well for Israil

For Israil, the turning point was when a social worker met him and his mother Kaishar. To free Israil from the trap of child labor, the family has been identified as a beneficiary of a UNICEF program to help children like Israil. As a result, Kaishar received money to buy 2 goats in order to have an additional income. The only condition was that she send Israil to school.

In the beginning however, it was not easy. Child labor is so prevalent in Nepal that it is very difficult to convince the public of its harmful impact on the children’s future. Even more, for families in need, education is not a priority. It took a while to convince Kaishar of the benefits of a proper education.

In the end, Israil had the opportunity to go to school. Although he is still very shy, he is very motivated and participates well, according to his teacher. His favorite class is English Literacy and he enjoys playing with his friends during recess.

A childhood for Nepali children

In order to give children such as Israil their childhood back, as well as to fight child labor in Nepal, UNICEF is committed to:

Globally, 218 million children between the ages of 5 and 17 are economically employed, of whom 152 million are child laborers. According to UNICEF, millions of children work to support their families’ income, and in most cases these children do not attend school.

73 million are engaged in hazardous work. The worst forms of child labor expose children to health risks and physical hazards, threaten their development, and subject them to exploitation.

How can you support the children in Nepal? 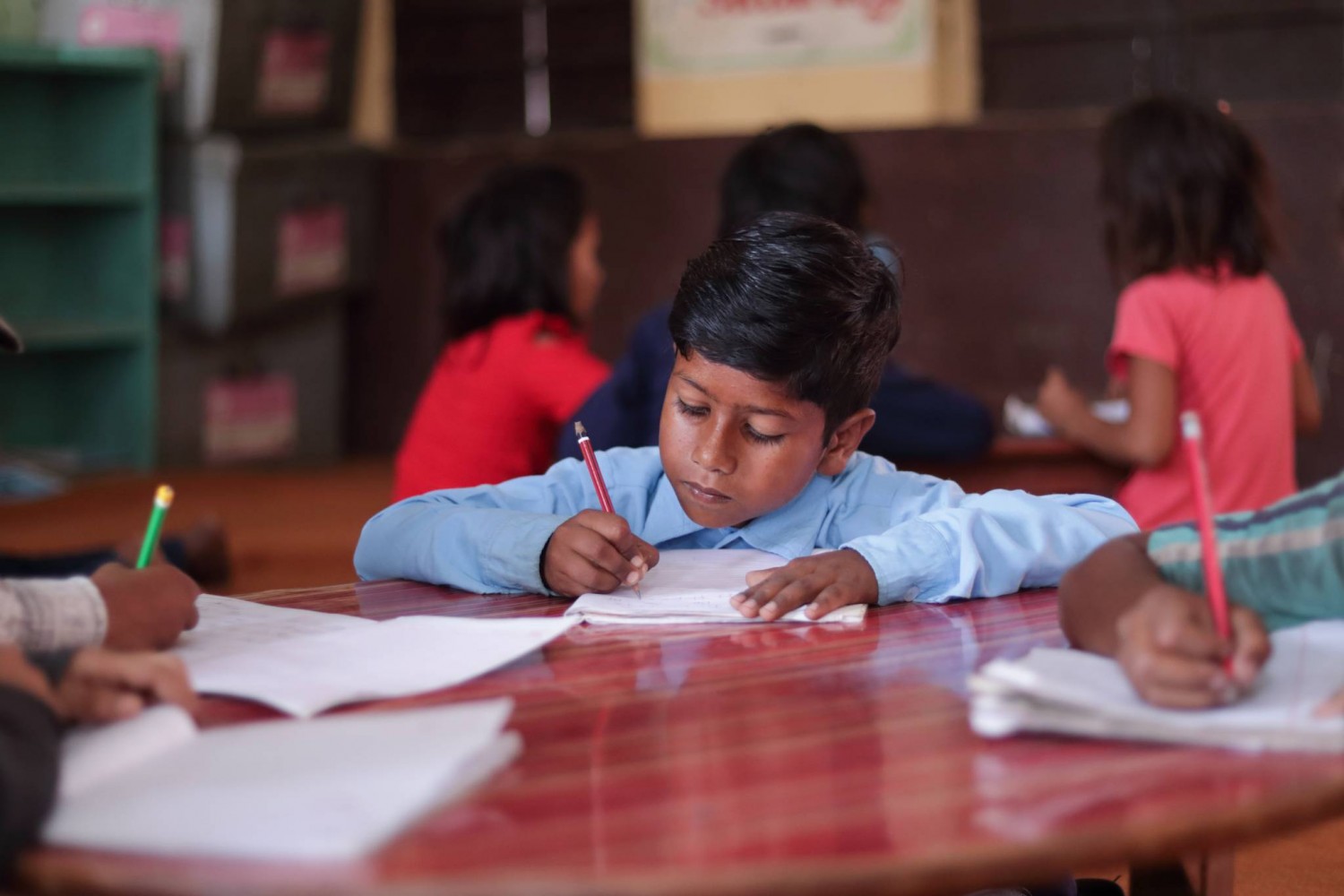