The ongoing war in Ukraine has marred the start of a new school year for Ukraine’s four million schoolchildren, stated UNICEF Executive Director Catherine Russell as she concluded a three-day visit across the country.

“The new school year should be a time of excitement and promise, as children re-enter the classroom and share stories of their summer with friends and teachers,” said Russell. “Yet, for four million children in Ukraine, the mood is one of trepidation. Children are returning to schools – many of which have been damaged during the war – with stories of destruction, uncertain if their teachers and friends will be there to welcome them. Many parents are hesitating to send their children to school, not knowing if they will be safe.”

Thousands of schools across the country have been damaged or destroyed, with less than 60 per cent of schools deemed safe and eligible to reopen by the Government. On the first day of Ukraine’s academic year, Russell visited a rehabilitated primary school damaged during the early weeks of war. Only 300 students can attend at any one time due to the capacity of the school’s bomb shelter, a mere 14 per cent of the school’s pre-war capacity.

UNICEF is working with the Government to help get Ukraine’s children back to learning, in classrooms when it is deemed safe, and through online or community-based alternatives if in-person is not possible. Some 760,000 children have received formal or non-formal education since the war began. More than 1.7 million children and caregivers have benefited from UNICEF-supported mental health and psychosocial support interventions.

“Schools in Ukraine are desperate for resources to build bomb shelters instead of playgrounds, with children being taught about unexploded ordinances instead of road safety,” added Russell. “This is the stark reality for Ukrainian students, parents and teachers.”

Efforts to get children back to learning include rehabilitating schools, providing laptops, tablets and supplies to teachers and students, and guiding children and teachers on how to say safe during a time of war.

“Education for the children of Ukraine has been dramatically compromised. After more than two years of the COVID-19 pandemic and six months since the escalation of the war, their physical and mental health is under enormous strain. More must be done to address what for many has been a sad reality,” said Russell.

While schoolchildren in Ukraine face imminent ongoing threats to their lives and wellbeing, refugee children face other challenges. As of 31 July 2022, an estimated 650,000 Ukrainian children living as refugees in 12 host countries were still not enrolled in national education systems. UNICEF has supported nearly half of them with formal or non-formal education and is working with governments and partners to make sure that Ukrainian refugee children are either enrolled in schools or have access to online learning.

Across Ukraine, UNICEF has reached an additional 616,000 people, including the most vulnerable families, with humanitarian cash transfers. Donors have been incredibly generous, but with winter coming, the worry is that needs could outpace resources.

“Unless there is peace, the lives of children and their families in Ukraine are going to get even more challenging as winter approaches,” said Russell. “We know freezing temperatures and heavy snowfalls are just months away, which is why UNICEF is working with the government and partners to preposition winter supplies, including warm clothing, shoes, generators, heaters and wood pellets.”

Executive Director Russell also met with the First Lady Olena Zelenska, complementing the efforts of the Ukrainian people – including teachers, parents, and healthcare workers – and expressed gratitude for the long-standing partnership between the Government of Ukraine and UNICEF.  She also discussed means of further strengthening the joint response to the humanitarian crisis and the importance of having safe, timely and unhindered humanitarian access to all children in need of life-saving support in accordance with international humanitarian law. 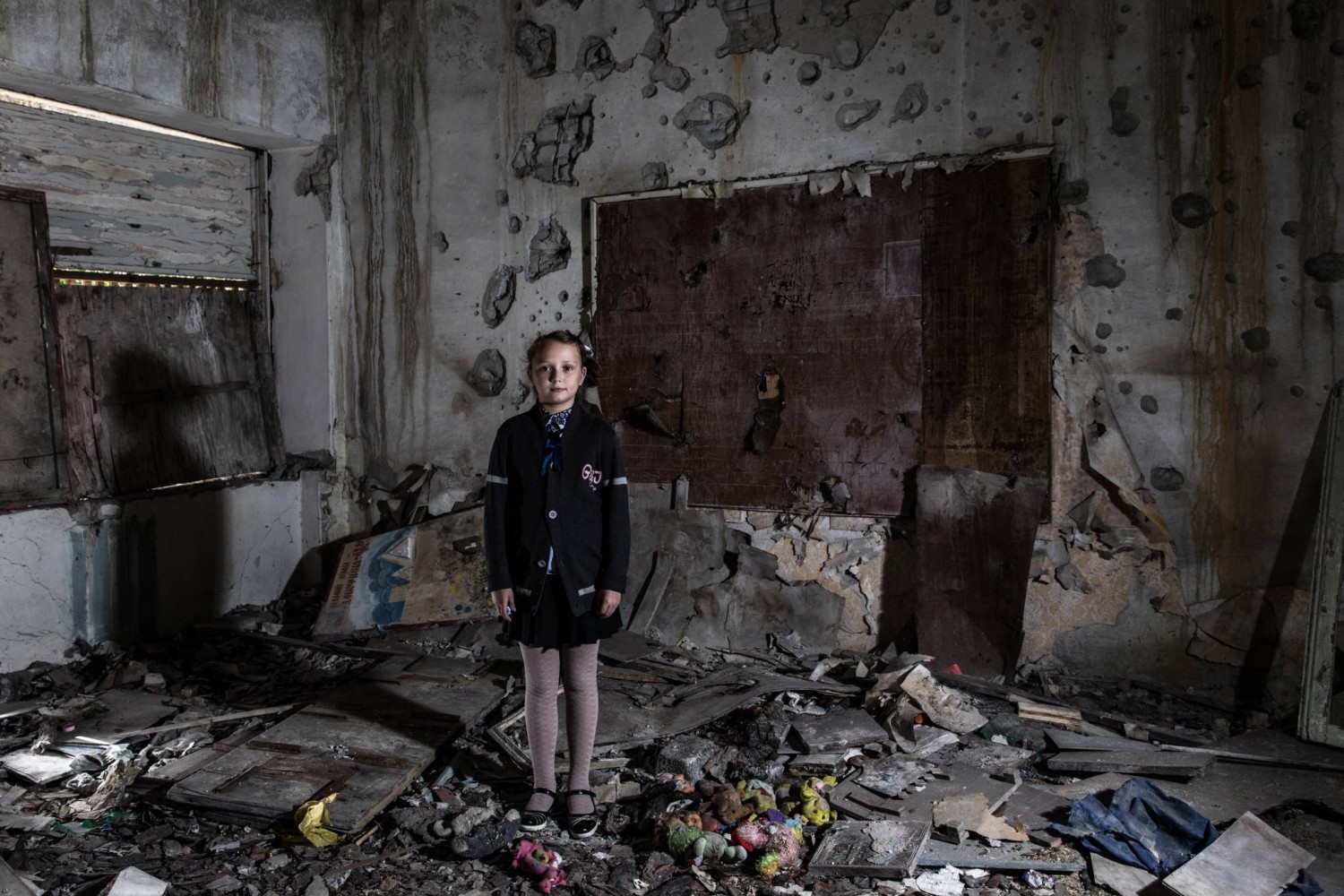