“UNICEF expresses its deepest sympathy to the Rohingya refugees affected by the fire in the refugee camps in Cox’s Bazar, Bangladesh. The fire has already caused enormous devastation, spreading rapidly through refugee camps and displacing thousands of people. While large-scale evacuations have taken place, the full extent of the disaster is yet to be confirmed.

UNICEF and our partners are on the ground addressing the immediate and urgent needs of children and families. UNICEF has mobilized health teams for first aid support as well as volunteers to evacuate refugees from their shelters.

While the situation continues to evolve into the late night, initial reports are that children are among the injured, and that there are also children who have been separated from their families. UNICEF child protection personnel and their partner organizations are working to assist children in need including separated children. Our partners are also delivering emergency supplies and clean drinking water.

UNICEF thanks the local authorities and front-line responders who have been working tirelessly to bring the fire under control while Rohingya refugees and humanitarian workers are brought to safety.

Our priority is to secure the immediate safety, security and protection of children in coordination with the concerned authorities, first responders and partner organizations in the UN and NGO community.”

The Rohingya refugee camp in Cox’s Bazar is one of the largest refugee settlements in the world, hosting over 877,000 refugees, over half of whom are children. Over 725,000 Rohingya refugees fled from Myanmar to Bangladesh in August 2017 following a campaign of ethnic cleansing in Myanmar’s Rakhine State. 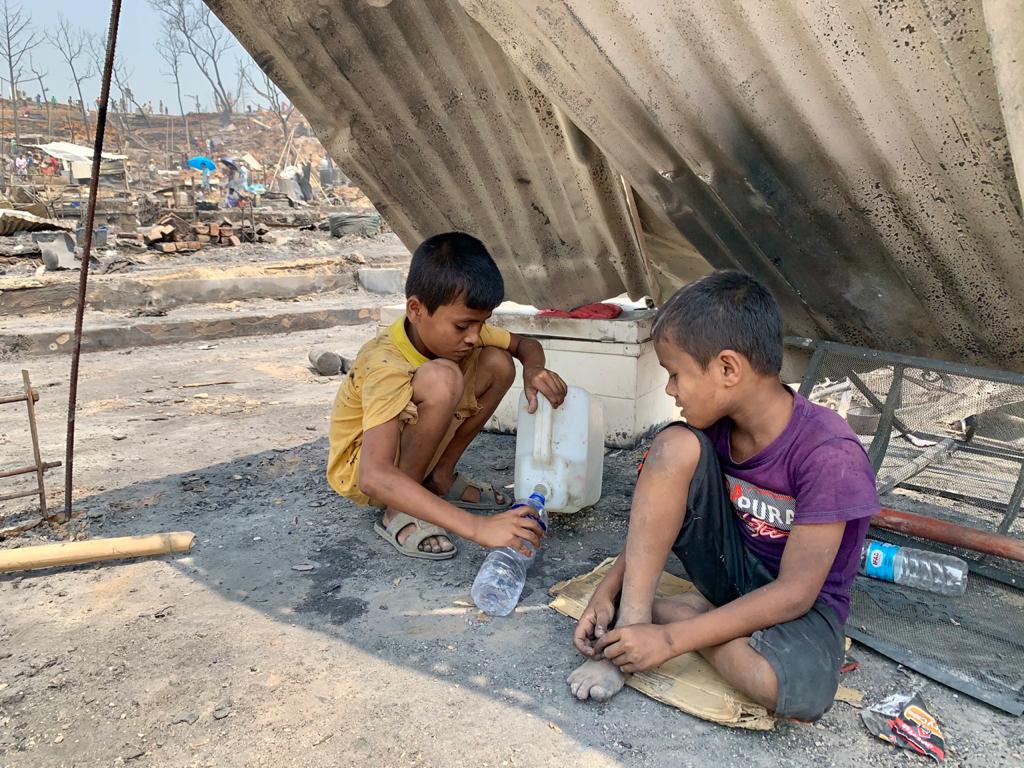